Well friends we made it through another week.  This week was much less stressful than last week.  Our little area of NY was hit with a huge rain storm last week.  Some areas received 5 inches of rain in just a few hours.  It caused massive flooding.   The lake we live near (the same one that inspired the name of this blog) spilled over.    The water rolled off the hills and caused the water level to rise about 18 inches.    The flood waters have started to recede but the lake is still closed.


To celebrate the start of lake season, I thought I'd make a fishy card.  My dad loves to fish and hunt.  I have seen so more than my fair of fishing shows on TV.  If I wasn't watching my dad fish... I had to watch him learn to fish from some weirdo on TV.    I found this stamp in Akron and I had to get it.  I made two versions of this card.  One says "Happy Father's Day" and the other says "What a Catch".

I love how this turned out!  I stamped the image twice.  I colored one and cut it out and used dimensional glue to adhere it to the background.    I colored the water with copics, but sponged ink to color the sky. 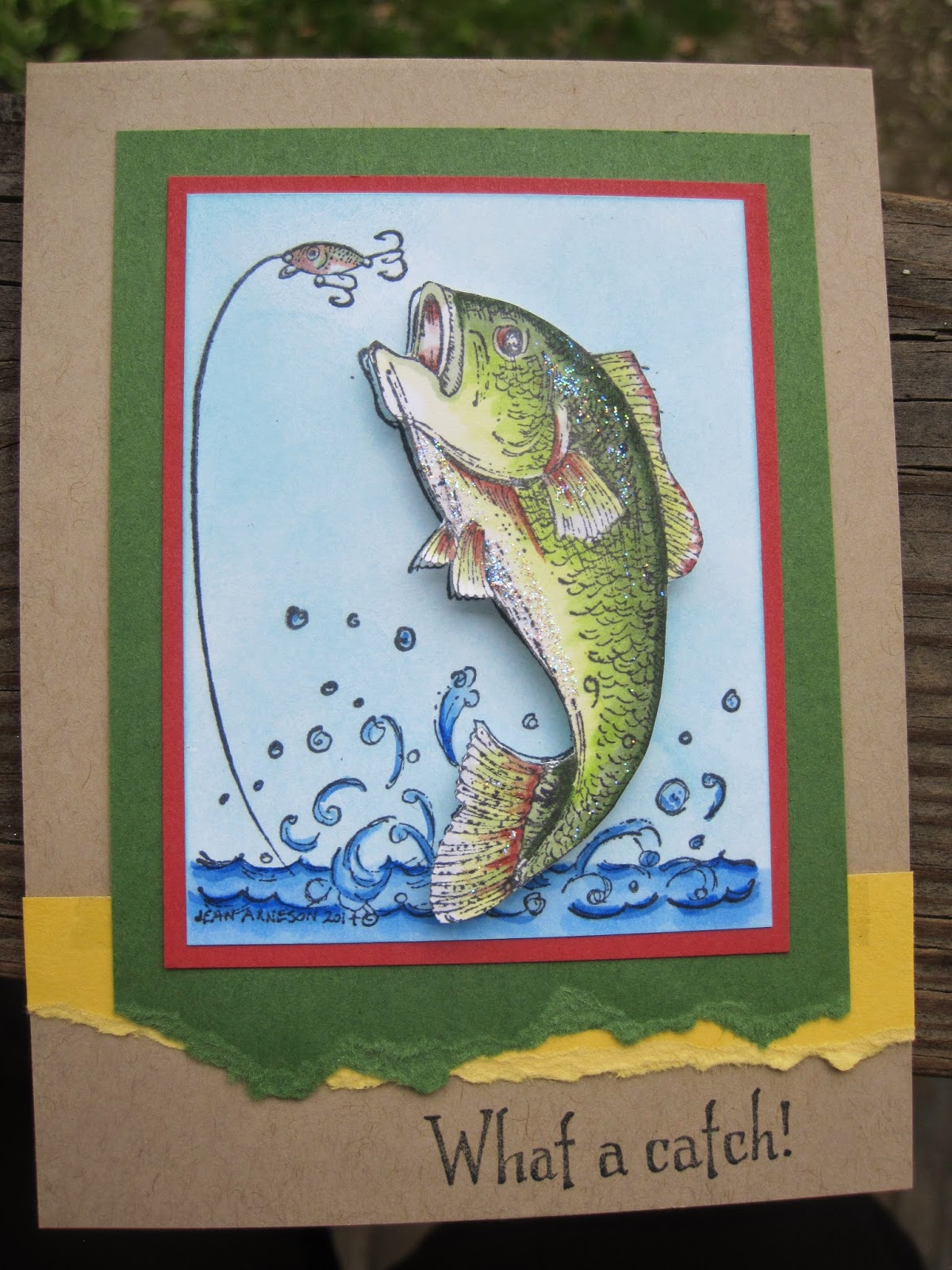 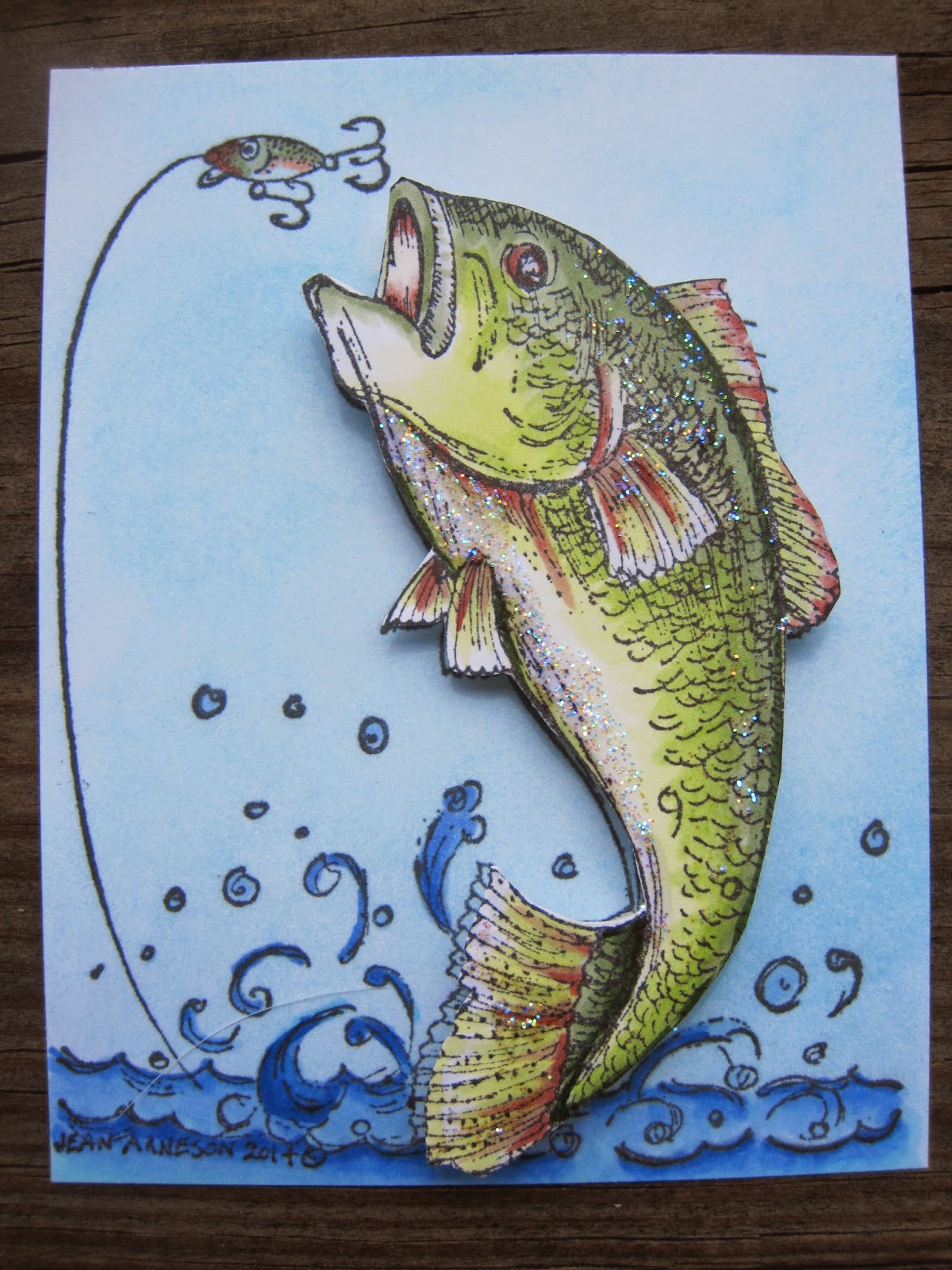 I finished the fish off with glitter. 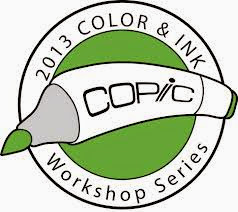